Week 3 began with the news we were all expecting which was the cancellation of this years Great North Run. My entry has been rolled over to next years race. 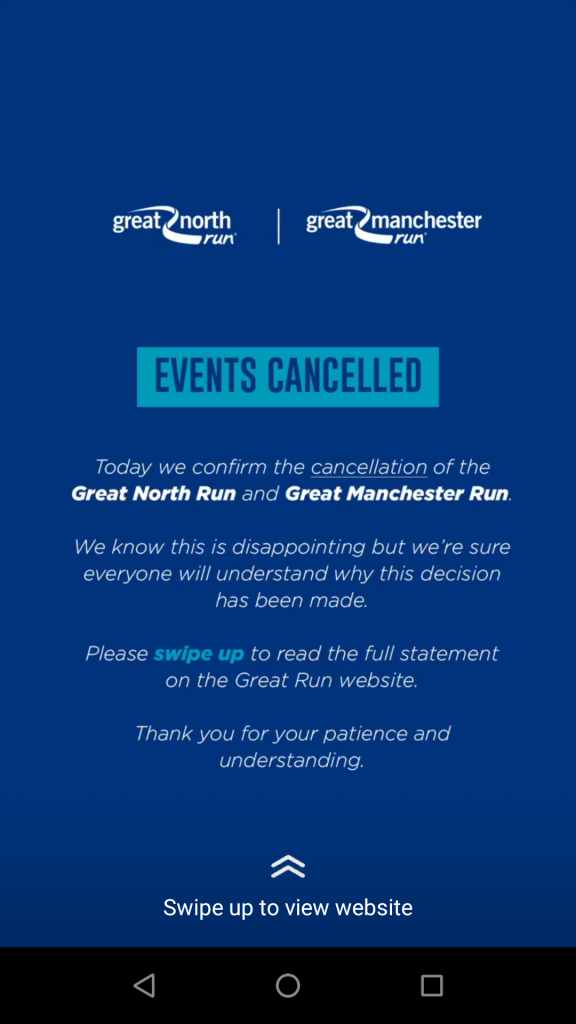 This third week of training was a bit of a down week in terms of intensity, it began well and for most of the week was pretty good but come the Sunday long run it was wet windy and I really had no desire to get out there.

The first run of the week on Tuesday was a 40 minute easy pace run. The heat meant that no pace felt particularly easy. I really felt like I was melting by the time it finished.

The second run was on Thursday afternoon, it was to be a 55 minute easy pace run. It was another really warm run. For the last mile and half I picked the pace up a bit and despite the heat I really enjoyed this run. 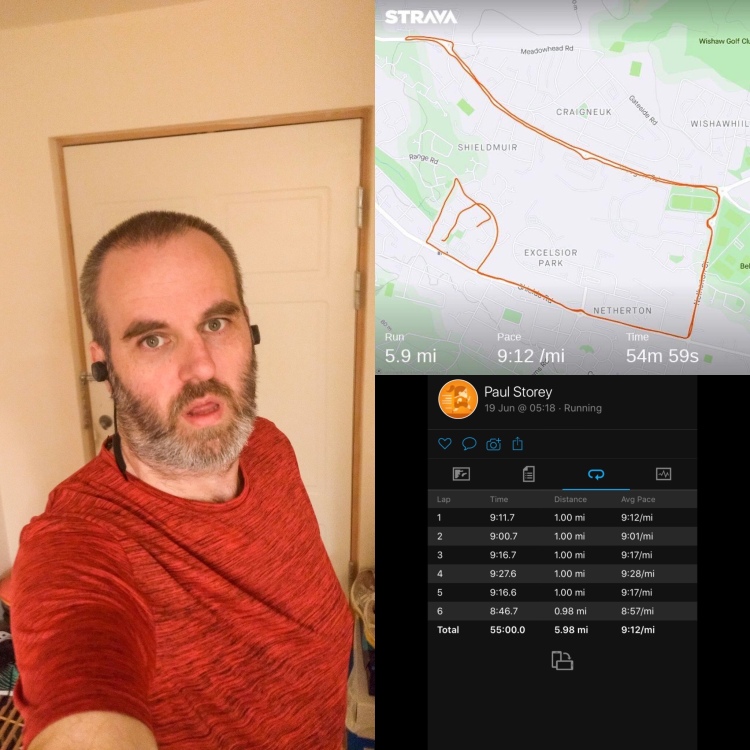 Friday morning saw my third run of the week and the first run where I managed to get out before work. It was a much more comfortable 55 minutes easy pace, largely I think because it had rained overnight it felt a lot cooler and fresher.

My final run of the week was done on Saturday afternoon. I procrastinated so much that by the time I’d dragged myself out it was in the hottest part of the day. 40 minutes easy pace was not too bad until about 30 minutes in and then I began to struggle a bit with the heat.

The long run on Sunday was supposed to be 1 hour 40 minutes on Sunday but as I said before I really had no desire to get out there.